The NBA vs. NFL debate is one of the fiercest sports. While each sport has a fair number of fans, comparing American football to basketball seems like apples to oranges as these sports differ in almost all aspects. But what is more, popular NBA or NFL?

At a glance, NFL is the most popular sports league in the USA. However, an NBA player makes more money on average than an NFL player. This article looks at the different aspects of these two leagues. Read it to get more insights.

Why NFL vs. NBA? The beginning of the rivalry

While the NBA vs. NFL popularity is a question of interest, each sport has carved a comfortable niche among its fans. Today, the NFL is considered “America’s game” while basketball is a mixture of many things; thus, getting lost somewhere within the many things. Undoubtedly, basketball is a fun game and is increasingly becoming popular – going international or its players receiving worldwide acclaim.

NBA prefers taller players while NFL has players that differ in speed, shape, and size.

NBA players avoid collisions while NFL players collide with each other purposely.

NOTE: The climax of the NFL season is a giant super bowl while the NBA ends with a weeklong best-out-of-seven-games tournament.

Remember, the Super Bowl broadcast has the most consistent ratings, and when it comes to the  NBA vs. NFL ratings, the NFL’s Super Bowl has substantially higher ratings than the NBA Finals and World Series in the United States. Typically, it is the most-watched television broadcast in the United States every year. However, the NFL’s championship game is also one of the most-watched annual events as it is broadcasted in 130+ countries and 30+ languages.

The NBA vs. NFL viewership is something you must consider having a close at every year. That one brings convergence in these two sports as both are very similar. Ideally, they desire to become America’s favorite sport and the biggest money-making pastime.

NBA vs. NFL: Which industry is worth more?

However, the league is counting on returning to normalcy. In 2018, the NFL’s total revenue was about $14.48 billion, while in 2019, the revenue jumped to an astounding $15.26 billion. However, when the pandemic struck, the revenue dropped to $12.2 billion. During the pandemic, matches were played in empty stadiums, which explains the drop in revenue. With the covid-19 coming to an end, the USA betting sites and bookmakers and Canada betting sites and bookmakers offer the best markets but earn revenue for leagues.

NBA Players vs. NFL Players: What Are Their Salaries?

So, NBA vs. NFL, who pays more? According to Basketball-Reference, the average salary for NBA players is $8.2 million for the 2021-2 season. The minimum wage depends on factors, including years of experience in the league. That’s why experienced players earn a lot more than beginners. With zero experience in the league, a player earns $898,310, and with one year of experience, the player earns $1,445,697. Typically, with experience, a player makes more. The highest and best basketball player (Stephen Curry of Warriors) in the NBA 2021-22 season goes home with $45,780,966 while James Harden of Nets pockets $44,310,840. The highest-paid and best basketball players of all time include LeBron James, with a total earning of $346,203,575, and Kevin Garnett – $334,304,240.

How Much Money Does The NFL Make Vs. NBA?
The NFL makes more money than the NBA. Looking at the two major league competitions - Super Bowl and the NBA Playoffs, the super bowl brings in much more revenue than the NBA playoffs and the Major League Baseball (MLB) playoffs combined. Super Bowl LV generated $434.5 million of in-game ad revenue. This value is higher than the World Series and NBA finals and is only second to the Olympics!

What is more valuable, NFL vs. NBA?

The NFL has an advantage over the NBA when it comes to team worth. On average, a team in the NFL is worth $3.5 Billion in 2021 despite the pandemic. Thanks to lucrative deals such as media deals, alongside fruitful investments, the 32 NFL teams are worth 14% more than 2020 on average. Some teams are worth more than 5 billion US dollars. For instance, the top spot is held by the Dallas Cowboys at $6.5 billion. The Cowboys generated 800 million US dollars in revenue in 2020.

At the 5 billion US dollar mark are Boston-based New England Patriots. This team generated 478 million US dollars in 2020. On the other hand, the NBA was valued at 2.2 billion US dollars in 2022. According to Forbes, there are 30 franchises in the National Basketball Association. So, on average, the NBA  is still worth less than the football team. Each league aims to generate more income via several channels, including sports betting. Therefore, bettors can register on NFL betting sites and NBA betting sites.

NBA Vs. NFL popularity: What do the stats say?

While the NFL tv ratings vs. NBA ratings can be subject to debate, the NFL has a higher viewership than the NBA. In 2020, the NFL’s total viewership averaged 15.4 million in the regular season. By contrast, the NBA had a meager 1.32 million viewers on its NBA games televised across ABC, ESPN, and TNT. 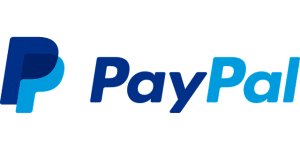 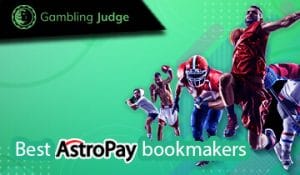 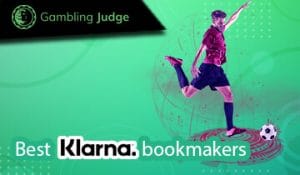 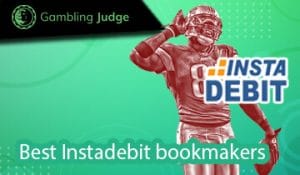 Since the NBA and NFL league plan to make money from betting, you should learn how to bet on basketball and American football. The NBA and NFL football betting are similar to another betting. However, you must look at the key number in sports betting and apply the latest strategies such as college football betting strategy. For a better experience, find the best live betting sites and bookmakers to place real-time wagers. With the NBA’s all-time scoring list, you can wager on the best players easily.

NBA or NFL? Our conclusion

The NFL and NBA are popular US sports leagues with fans spilling over to other continents. However, the NFL has enormous numbers, which would be easy for it to utilize. However, they face a threat of a downward spiral while the NBA is experiencing an upward trend.

If the NFL has to stay on top, it has to address the controversial protests and dangerous play. To that end, the NFL has made changes to reduce the occurrence of injuries, specifically concussions that players sustain during the play. While the NBA is safer than the NFL, still the NFL is superior to the NBA currently.

FAQ about NFL vs. NBA:

NBA players make a lot more money than NFL players due to the differences in salary caps, league structure, and rules surrounding guaranteed money. NBA pros have a higher salary per player and make more money off-court than NFL.

The Bills tops the list of NFL teams with the best tv ratings. Standing at 47.2 ratings, the Bills beat other teams, such as the Kansas City Chiefs (45.3) and the Green Bay Packers (41.6 in Milwaukee).

Due to Covid-19, the NBA TV ratings have dwindled, but its popularity remains. There are over 57.1 million followers on Instagram, 37.7 million, and 16.8 million YouTube subscribers.

The Los Angeles Lakers has the most fans - 21.8 million fans. Of all NBA teams, it is most followed on Facebook.

While the NBA is enjoying a steadily increasing TV rating, it still has a long way to catch up with the NFL both in popularity and revenue.

Minimal NBA slots make it challenging to get into the NBA. On the other hand, the NFL has many slots making it a little easier to get into the NFL. Besides, playing basketball is much harder than professional football.

Still wondering, what is more, valuable NFL or NBA? Sure enough, this write-up has given an explicit answer to the query How much NFL make vs. NBA in a year. However, it is worth noting that each league has some unique features that appeal to different players and fans of sweetheart teaser. Understanding aspects such as NFL Playoffs and NBA average salary, popularity, and viewership 2023, can help you understand each league.