£300 offered to use at casino games 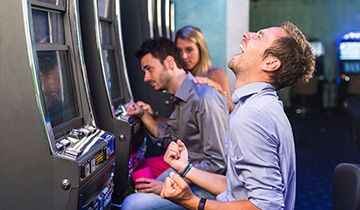 StanJames makes an irresistible proposition to its members, by offering a welcome bonus of £300 and the best part is that the amount is offered in cash. Instead of presenting a bonus consisting of free casino chips, the online gambling operator match your first deposit by 30% up to the aforementioned limit. It goes without saying that in order to claim the maximum possible amount, players will need to take some chances themselves, more precisely to deposit a four digit amount.

If you do not feel comfortable with the idea of spending £1000 right away, you can also deposit 10 times less and the ratio at which the deposit is matched remains the same. At the end of the day, it is entirely up to the players to decide how much money they need and how much they are willing to commit. The welcome casino bonus is available to all those who haven’t played in this section before, including those who wager on sports or play poker here.

Desktop users are the ones qualifying

Unfortunately for those who prefer to wager exclusively using mobile devices, this promotion is not eligible to them. On the bright side, this seems to be only a temporary issue and StanJames is diligently working to solve this problem. This promotion started on January 7, 2015 and it has no expiration date, but there is always the possibility of the online casino to make amendments or terminate this promotion.

Players who are interested in the cash bonus should make the deposit quickly and claim the amount, but only those who reside in Ireland and United Kingdom qualify. It is possible to deposit using a different currency besides the British Sterling pounds and the amount will be matched accordingly in Euros or US dollars. Players who make a qualifying deposit will have to claim the bonus in less than 28 days, because once this deadline passes, the cash prize is no longer available.

How to redeem your bonus faster?

Redeeming the bonus is just as easy, with the only requirement being for the players to spin the combined amount of the bonus and deposit through 20 times. The bonus is awarded in less than 24 hours after the eligible deposit has been made, so new members can start clearing it right away. Players can’t use this promotion in conjunction with another offer and are not allowed to cash out a portion of the bonus, before meeting the entire wagering requirements.