Join the party with a Casino welcome bonus 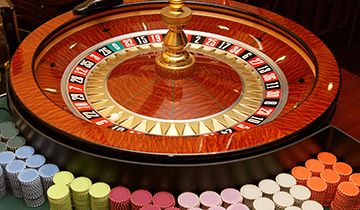 Those who open an account with William Hill casino for the first time, should cash in on the welcome bonus which ranges from £150 to £300. Players who already have an account and those who have applied for a similar bonus in the past are not eligible and will need to focus on other promotions. An essential step is to download the casino software or play the instant versions of the games for real money.

The standard package consists of the first deposit being matched by 100% up to £150, while those who apply for the highrollers package will need to settle for 33% of the deposit. The difference resides in the fact that there is actually a link between the amount deposited and the first bonus from William Hill while the latter demands a minimum investment of, £1,000. Both of them are subject to wagering requirements of 20 times the combined amount of the bonus and deposit.

Claim the bonus faster to meet the deadline

All the games qualify, but roulette and blackjack have extra play through demands, which need to be met before money can be cashed out. Deposits exceeding the maximum amount will not trigger any bonus, but on the bright side they won’t be subject to wagering requirements either. Making a deposit is necessary but not sufficient, with prospective players being also encouraged to claim the bonus immediately after making the first investment.

The same system is in place and should be used for cashing in on further bonuses, but members also have the option of getting in touch with the customer service advisors. There is a chat functionality that makes possible this sort of interaction and it circumvents the need of claiming the bonus. One detail that players need to know is that they should have less than five currency units and no pending withdrawals at the moment of applying for the New Player 1st Deposit Bonus.

Each player is only eligible for a single bonus, so those who are using the same computers will only be allowed to claim one prize. Any attempts of abusing the terms and conditions of this promotion, as well as cashing out the funds before having reached the standard play through requirements will result in the bonus being forfeited. Any corresponding winnings made as a result will also be void and the bonuses will be removed automatically after a withdrawal request is made.