A massive Poker welcome bonus is up for grabs 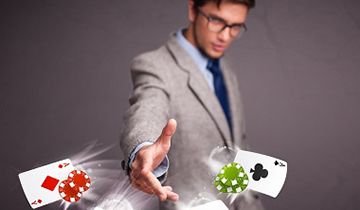 Online poker is a better alternative for those who cherish convenience and are also attracted by the possibility of having their deposit matched by generous bonuses. On the other hand, the competition is intense over the Internet and you need to play your A-game to stay profitable on the wrong run. Betsson is ready to meet customers halfway, by giving them an edge over their counterparts, in the form of a massive poker welcome bonus.

Anyone who has a real money account can take advantage of this bonus, which goes as high up as €1000. The money can be used at cash game tables as well as tournaments, with the poker platform being provided by Microgaming. This is one of the biggest software developers for online casinos, so players are guaranteed to enjoy the best user experience. The games are glitch free and run smoothly on smart phones and tablets, which takes convenience to an entirely different level.

What bonus codes to redeem?

To collect the €1000 welcome bonus, players will have to deposit an equal amount and then activate the bonus by entering the corresponding bonus code. Those who are reluctant to deposit a significant amount and would gladly settle for a bonus of €100, should enter the MPOKER100 bonus code. Conversely, those who have slightly higher expectations and are willing to commit €300 for the same bonus, will need to use the MPOKER300 promotional code at Betsson.

Highrollers have always benefited from extra attention and they enjoy special treatment when they open an account here and make their first deposit. As long as they entered the MPOKER1000 when depositing funds, they will collect a bonus of the same amount that can be used on a nice selection of poker games. All those who choose to participate in this promotion should know that before the funds can be cash out, they need to generate enough rake.

Unlock bonuses €5 at a time

The total bonus amount is released in increments, with every €5 generated as rake triggering the release of one euro within 60 days after the bonus has been activated. Players have two months to clear the entire amount, but those who fail to do so will still dispose of the money already released. Everyone is eligible for one bonus and one bonus only, while those who try to abuse the promotion are in danger of being excluded and having the funds seized. Monitoring the bonus progress is easy, as all relevant information is clearly displayed in the My Account in the poker client.