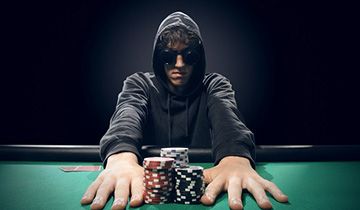 Play poker online has never been easier and not only those who enjoy Texas hold‘em get the chance to compete on real money from the comfort of their home. If you have an account with Sportingbet you will be able to play different variants of poker, including Omaha, Caribbean poker and so on. In order to sit down at real cash tables, players only need to open an account with ParadisePoker and then download the corresponding Ongame software.

These guys have been powering the Sportingbet poker platform for quite a while and are widely regarded as some of the best producers of software. The network is populated by tens of thousands of players, which means that existing members never run out of action and they get to enjoy their favorite games whenever they like. There is also a bonus code that players can redeem when opening an account and those who enter BONUS1000 will receive a staggering amount of $1000.

The first deposit is matched by 100% and then released in increments, with players collecting $20 whenever they accumulate 20 loyalty points. This means that new members will only get to play with the money they deposit, but their bankroll will grow at a steady pace as they earn points. It is important to opt in for this promotion and the loyalty scheme when joining the poker room and meet a deadline of 60 days.

Two months after the first deposit is made and the Sportingbet bonus credited to your account, all the unclaimed amount will be forfeited. That’s why players should think twice before choosing one bonus or the other and focus on an amount that is manageable. All those who have an account can participate, but trying to open several in an attempt of claiming more money in the form of a welcome bonus will lead to the closure of all accounts and the seizure of funds.

No leniency for cheaters

Those who are suspected of trying to abuse this promotion will have the funds frozen and if proven guilty the money will be taken from them. Players who choose to participate in this campaign should accept the fact that the poker room reserves the right of using the nickname in promotional campaigns. Those who work for the company are prohibited from playing their games and apply for bonuses.