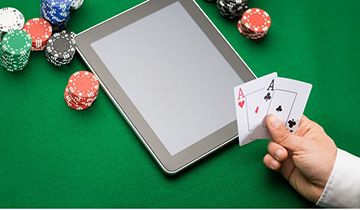 BetVictor is mostly about sports betting, but it also runs a lucrative casino section and a poker room that has plenty of fans from all over the world. If you are yet to experience the thrills of online poker and wonder if this is a good time to start, then you should know that the new player package for poker players has been boosted. Those who open an account and make their first deposit will receive $1000 on top of what they commit and will gain access to a string of special tournaments dedicated to newcomers.

The $1000 first-time deposit bonus consists of the first investment being matched by 200% up to the aforesaid amount and the money is released incrementally. Each time players accumulate eight action points, they will collect one dollar, so they will gradually unlock the funds. The reason for why the bonus is released in increments of $10 is that a lower amount would go by virtually unnoticed, while bigger sums would cause the players to wait a long time before collecting what is rightfully theirs.

Earn points and money will be flowing

Accumulating action points is relatively easy, because every single real money activity will trigger the release of such points. Playing cash games or buying in for tournaments is all the same as far as the poker room is concerned, so players will be collecting action points at an accelerated rate. The first time deposit bonus is only available for 30 days after the qualifying investment has been made and players will need to unlock all the funds during this interval.

In addition to receiving a nice paycheck from the very beginning, players will also be granted access to special tournaments that are prohibited for regular members. Perhaps the most attractive proposition consists in an entry for the €500 New Player Freerolls and the €500 GTD New Player Turbo tournaments. These take place on a weekly basis and new players can participate in these events for six weeks in a row, so the opportunities to win cash are abundant.

Keep your eyes open for freerolls

Finding the freerolls and special events is extremely easy, because they can be located in the tournament section in the lobby. New players who are eligible to participate will be able to buy in for this event and when it comes to freerolls they won’t have to pay a dime out of pocket.