Get crazy with the 30k freeroll madness 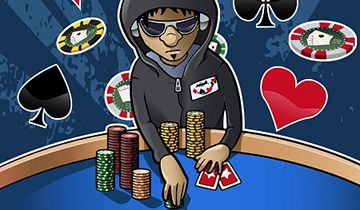 The prospect of playing poker over the Internet on virtual currency is appealing to beginners, because it enables them to learn the basics and hone their skills risk free. Sooner rather than later, players get bored of these tables and the natural step forward is to sign up for freerolls, which follow a standard tournament structure but have no buy-ins.

On the bright side, they have guaranteed prize pools and those who open a real money account at 24hbet can participate in such events that award a total of €30,000.The best paying ones are scheduled on Saturdays and Sundays, with players having nothing to lose and competing for nice paycheck. The €1000 Hold’em Freeroll starts on Saturday at 7 PM and all those who had at least 25 raked hands over the previous 24 hours can participate.

Double your efforts on Sunday

An even better tournament is scheduled on Sunday at the same hour and in this case players would have to participate in 100 raked hands or more in the seven days prior to tournament kickoff. By definition, raked hands are the ones in which players make a money contribution to the pot, therefore they need to reach at least the flop.