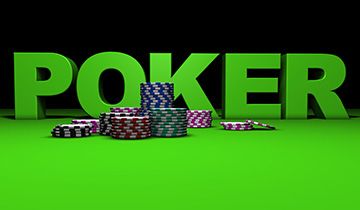 Playing poker over the Internet is slightly different from doing the same in a land-based casino and the differences are mostly in the players’ interests. On one hand, players are not forced to play and limits they are not comfortable with and can stick to the bankroll while enjoying a nice diversity of games. They are also eligible for a welcome bonus and loyalty programs, so those who stick around for long enough will offset the negative effect produced by rake, therefore have a better chance to stay profitable.

Bodog does all that and also awards a 100% poker sign up bonus to new customers, providing them with the means to play as highrollers without committing a lot of money. The name of this campaign is “think big” and just as the name suggests, players can actually experience the thrills of playing at limits that would otherwise evade them. The bonus award allows them to playing bankroll without wasting unnecessary long time at low limits, grinding the money necessary to make the transition to the next level.

The road to the welcome bonus

There are exactly 3 steps that players need to complete in order to receive 100% sign-up bonus and the first one is to download the poker application. Next players will have to open account and make a deposit, while the last step consists in the actual accumulation of poker points. They will have a total of 60 days to accumulate all the necessary points that makes them eligible for clearing the bonus and the money is awarded incrementally, so they don’t actually have to wait for two months.

There are several bonus tiers and the money is released in chunks, with the first installment being of only $10, followed by $40 and then bonuses are released in larger increments. Those who go all the way with this promotion and accumulate 10,000 points, will have the remaining $400 issued to them, ultimately collecting a staggering amount of $1000. This is significantly more than what most online poker rooms are willing to offer, so all it takes is perseverance and the desire to play over the Internet.

Big depositors have an edge over beginners

The terms and conditions are in line with industry standards, with poker points being accumulated at a relatively fast pace. The 100% sign-up bonus is based on the number of deposits that players make on the day of the first deposit, but the total amount needs to be cleared in less than 60 days. Bodog is diligently working towards speeding up the process, but players should be patient and allow for up to 24 hours for the bonus amount to be processed.

Accumulating the poker points can be a slow process for those who compete at low limits, so highrollers definitely have an advantage over the pack. On the bright side, there is no rollover requirement on the bonuses awarded as a result of collecting the necessary poker points. This means that once you have accumulated the points needed to clear the bonus, you will decide what to do next with the money.