Get on board for the £1M Slot Prize Draw 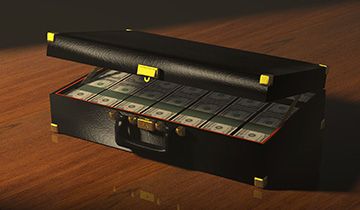 Winning a sizable amount playing slot machines is a dream come true for casino players, but those who have an account with Totesport can now fulfill the street. Throughout February, all those who play this genre have a chance of winning a share of the guaranteed prize pool that exceeds €1 million. Each week, customers are supposed to bet at least €10 on any of the qualifying slot machines to enter the race.

Basically, players receive free entries to the weekly draw and the luckiest ones will collect the paycheck corresponding to their ticket. The more money one wagers, the better the chances for one of his or her tickets to be chosen as a winner. Highrollers are obviously favorites to win a prize, but this makes perfect sense, since they are also the ones that are willing to commit more money.

How can you improve the chances to win?

This is a limited time offer from Totesport, which will expire at the end of February and only those who are about 18 years old and have a real money account registered can participate. Players might be requested to provide additional documentation to prove their identity and those who fail to deliver these documents will be automatically excluded from this campaign. Each time they wager £10GBP or currency equivalent, players will receive a token but only if they spin the reels of qualifying slot machines.

The list is updated and available on the website, so those who don’t know what games are eligible for this campaign, should definitely check it out. The number of free entries depends on the money wagered over the course of one week and the process starts all over again the very next Monday. It is possible to play both the standard game versions and the mini-game ones available in the bingo rooms, as long as players wager at least €10.

Combining stakes across several games will also have a positive impact and generate free tickets for the upcoming draw. Those who wager in currency equivalent will also be included in this promotion, but their bets will be based on the conversion rate of £10.