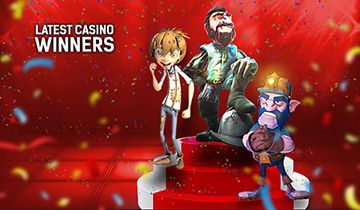 Redbet is essentially a bookmaker that mostly made the transition from land-based venues to online gambling and it intends to keep his identity. This doesn’t mean that they are unwilling to serve online casino players, in fact they have set up a lucrative area where the latest titles are introduced. While the customer base is gradually expanding, they hope to attract new clients and the best way to make sure that players flock to online casinos, is to offer generous welcome packages.

New players who use the promotional code Twinspin100 will have the amount matched by 100% up to a maximum of €100. This is in itself a tempting proposition that few online casino players will be willing to turn down. A three digit amount is not to be frown upon and even though highrollers will not feel like their bankroll underwent a major facelift, beginners will surely appreciate the boost.

Furthermore, this promotion which has such a suggestive bonus code is geared towards a slot machine that has gained a lot of traction in 2014. It has plenty of room to grow and with a cool 100 Free Spins Twin Spin being offered on top of the bonus amount, new players will have good reasons to check it out. In conjunction, the free spins and the bonus money should be enough to give casino fans a fighting chance while enjoying some great slots.

Starburst is another slot machine that is among the public’s favorite, mostly due to the fact that it can make you rich with a 50,000 coins paycheck. Starburst100fs is the promotional code that players should redeem if they plan on focusing on this game and they will receive a bonus amount as well. The limit has been lifted to €400 which represents a huge bankroll boost, but the trick is that players will only have their first deposit matched by 50%.

The risks match the reward

In order to collect the €400, they will have to commit €800, which is not something that many new players can afford. The same goes for the promotion dedicated to those playing Gonzo’s Quest, because in this particular case, the first deposit is matched by a meek 25%. On the bright side, those who deposit €2000 or more, will receive a Redbet bonus of €50, in addition to the 50 Free Spins for Gonzo’s Quest.