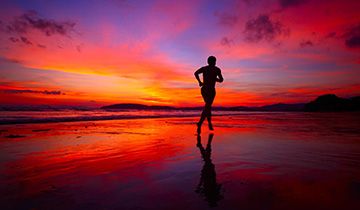 Everyone loves Friday as this is the day when weekend stars, but if you have an account with Youwin, you will start appreciating Thursdays as well. Each night during the NFL season, players will be eligible for a bonus of 5% whenever they make a deposit. Keep in mind that you don’t have the whole day and in order to cash in on this sweet deal, you need to fund your account on Thursday before 18 p.m. ET.

The minimum deposit eligible for this promotion is $10 or currency equivalent and the maximum amount that can be awarded won’t exceed $200. The wagering requirements are reasonable, with players only having to use the amount 10 times on odds of 1.80 or above. Casino games are also allowed with the exception of baccarat and craps, but those who choose this genre will need to be patient as the rollover requirements stand at 40 times.

Which are the compatible promotions

The Youwin bonus money is only used after the real cash has been wagered and after all the wagering requirements are met, the bonus is converted into cashable money. Table games have a 20% stake contribution and this also applies to roulette, video poker and blackjack, with the deadline for all games being the same 30 days. Failing to meet the deadline or attempting to cash out in advance is not advisable, since this would render all your previous efforts useless, as the funds are forfeit.

Meanwhile, those who jump on the bandwagon will be happy to hear that on the same day, the sports book runs the Thursday Night Football Pick-Six Insurance campaign. Just as the name suggests, this promotion will have the stakes refunded on losing point spread, up to a total of $100. Even if the best players on the pitch commit an once-in-a-lifetime mistake, punters won’t have to pay the price for their error, as they will be reimbursed.

Another promotion that runs live at youwin every week goes by the name of Thursday Night Football Reduced Juice and it is also aimed at NFL matches. The regular season is coming to an end, but there is still time to cash in on this offer, which has the odds boosted for totals and point spreads. Beating the house has always been a problem, but due to the proverbial edge, players have a hard time at succeeding.