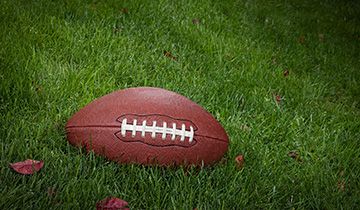 The welcome package offered by bookmakers to those who open a new account and make their first deposit is regarded today as the rule rather than the exception. Virtually any online gambling operator who is serious about attracting new customers runs such a promotion, but they usually follow the same pattern. The first investment is matched by a standard percentage that stays the same regardless of how much money new players invest.

The Greek has a slightly different approach, as it allows players to choose their bonus and provide them with sufficient information to make an educated guess. New members get to choose between the standard package which consists of up to $100, representing the first deposit being matched by 100%. This is the promotion that appeals to the vast majority of players, because most of those who start betting over the Internet are willing to commit $100 for this activity.

The perspective of having $200 from the beginning is alluring, but players need to know that the bonus amount from the Greek is released in installments. They are supposed to unlock the prize in increments of 25% each time there first deposit is played through once. Basically, those who aspire to claim the maximum amount will need to spin at least $400 but there are no minimum odds to complicate matters and they can place accumulator bets as well.

The other option is to apply for the 25% bonus up to $1000 which is a better choice for highrollers and those who intend to wager on a lot of money. Those who prefer this alternative will have to deposit $4000 to start playing with $5000 but the same terms and conditions apply. Given the fact that the bonus amount is released in four consecutive steps of $250 each, players will need to bet a total of $16,000, which is a lot of money by any standards.

Alleviate the risks of losing the first bet

It is important to keep the rollover requirements in mind when applying for one bonus or the other, to make sure that the bonus doesn’t expire. Ideally, players should credit their accounts in anticipation of Big games, or when enough competitions are scheduled. This will make it easier for them to find games that are worth betting a lot of money, without fearing the consequences of losing one of these wagers. At the end of the day, what matters most is that players have a real choice and it is entirely up to them to select the best bonus.