Earn as much as $520 in Free-Play Bonuses 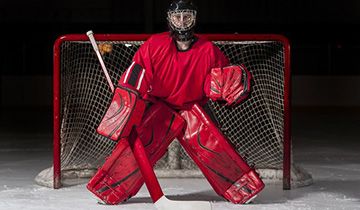 First deposit bonuses are a great way to have more money at your disposal and start playing in an online casino, but this is a one-time deal. Sportbet is ready to raise the antes and provide its members with more incentives to tag along, with the most attractive one being the $520. Just as the name of this promotion suggests, they are awarded in the form of free play bonuses, which means that they are subject to certain wagering requirements.

Claiming the bonuses couldn’t be easier, as all new players qualify and they only need to deposit an amount ranging from $100-$400. It will be matched by 50% and the free bonuses can go as high as $200, while those who fund their accounts with more than $400, they will qualify for an additional extra 20% bonus. The maximum deposit allowed is $2000 which is more than what regular players can afford, therefore this promotion is aimed at a broad spectrum of customers.

You get more if you wager bigger amounts

All qualifying deposits need to exceed $100 but they can be made using credit cards, person-to-person money transfers, Click2Pay, NETeller, Skrill Moneybookers or Money Orders via Fed-ex. The free play bonus applied starts at $50 for the minimum deposit and jumps to $200 for those who are willing to commit $400 out-of-pocket, then increases in increments of 20% all the way up to $2000.

Players should know that even though they are eligible for the bonus after making the qualifying deposit, the amount will only be credited to their account in installments. There are rollover requirements of 10% of the bonus, so each time you hit this milestone, a chunk of the prize will be made available. In a nutshell, players will unlock the bonus in 10 small steps, which is actually a good thing since it provides them with a chance to bet constantly and boost their bankroll.

Don’t be hasty and let customer support work its magic

The bonuses are manually entered and approved, with players being supposed to make a request within 24 hours after funding their accounts. There are plenty of ways to get in touch with the customer support, but the most effective one is to use the live chat or the telephone number. This should be the first action, because all the wagers played prior to requiring the bonus will not count, so they will be more or less wasted.