Free bets for Back of the Net promotion 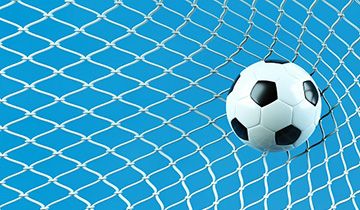 High scoring games are always entertaining and those who don’t have any stake in football matches, are usually rooting for both teams to score. On the other hand, those who are directly interested in the outcome are more concerned about the results and would prefer a pragmatic approach from their favorite team. Regardless of what you are in the market for, Betvictor will present you with a proposition that is simply too good to turn down because all those who participate are eligible for free bet of up to €25.

Players are encouraged to take some more chances and instead of betting on single events, they should wager on several games at the same time. The accumulator bets are guaranteed to boost their profits and in addition to the corresponding gains, punters are eligible for a cool Betvictor free bet. The both teams to score market covers virtually all football games, so regardless of your match of choice, it is very likely to have this bet readily available.

Less than 5 bets is not enough

The only condition for cashing in on the free bet is to win on at least four out of five bet and the accumulator slip needs to have at least five valid selections. This is something worth keeping in mind, especially by those who plan on betting exactly on five events because there is always the remote possibility of one game being voided. It makes no difference what reason leads to this outcome, because as long as the accumulator wager consists of fewer than five events, the promotion terms no longer apply.

Another thing that is worth mentioning is that not all European football leagues qualify for this campaign, but all English football games count. Premier League, Championship, League 1, League 2, Conference, FA Cup and League Cup are the ones to focus on and there are also Scottish competitions. The major divisions from Europe have been added and whenever a major international cup such as the African Cup of Nations is scheduled, players can wager on those events as well.

Losing one match is not a problem

The bookmaker has no intention in imposing any restrictions that would limit the freedom of punters, with this promotion being a shining example. Those who happen to lose one selection and receive the free bet will need to meet the wagering requirements that are associated to such a freebie. They can bet the €25 on any sports event and will get to keep the profits they make if the wager is successful.