Kick off with a €100 sports welcome bonus 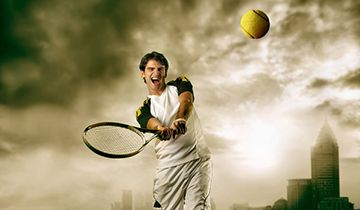 Every voyage begins with a single step and this one is the most difficult, but if you open an account with Betrally, things will be greatly simplified. The bookmaker is ready to make the transition smooth and it awards a sports welcome bonus representing the first deposit being matched by 100%. The idea of doubling your first deposit is not exactly new, but the fact that players can collect a maximum amount of €100 should appeal to prospective customers.

There are no restrictions whatsoever as to what device players can use to place the wagers, because both desktop computers and mobile devices qualify. There are exactly 3 steps to complete and the first one is to register an account and then make the first qualifying deposit. At this stage, it is also important to use the 100RALLY promotional code because this is required for triggering the bonus.

Variable wagering requirements based on location

Once these prerequisites have been met, players can make use of the €100 and the corresponding bonus to bet on football and other sports. It is paramount to use the promotional code when depositing in the real money account for the first time, because it is not possible to redeem it at a later date. Each member can claim the bonus just once and it is credited only after the wagering requirements have been met.

Speaking of which, players who enjoy accumulator bets will have no problem in finding three combo bets with odds of at least 1.50 per selection. Simple math will reveal the fact that by betting on three such events, the combined odds will exceed 3.50, so the return on investment will be excellent. If you reside in Ireland, Germany, Greece, Austria, Denmark, Finland, Sweden, Norway, Japan, Canada, Switzerland, Luxembourg, Iceland, Australia and New Zealand the bonus must be wagered three times.

Which wagers are eligible for this bonus?

Customers from other eligible jurisdictions will have to spin the combined amount up to 10 times, so they will have their work cut out for them. Cashing out the bonus before meeting the wagering requirements is not permitted and players have no more than 90 days to clear the entire amount. Once this deadline passes, all the resulting winnings and the bonus itself will be forfeited, so don’t waste precious time.

Players can invest a maximum of 50% of the bonus to meet the wagering requirements at one time, while refraining from placing multiple bets on the same game. This will be regarded as bonus manipulation and will result in the exclusion from this promotion, while making players ineligible for future campaigns. Players should also avoid Forecast/Tricast wagers because they don’t count towards the bonus and those who reside in Ukraine, Russia and Poland are excluded altogether.