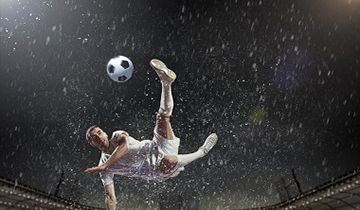 It is customary for bookmakers and online casinos alike to offer welcome bonuses to those who sign up with them and make their first deposit. 188bet does that the same but instead of walking in its counterparts’ footsteps, it decides to raise the stakes and provide prospective players with two options.

As always, numbers speak louder than words and there are many who will prefer the 150% match deposit up to a total of €30. They would only have to use the WELCOME150 bonus code and commit €20 out-of-pocket, while starting with a cool €50 from the beginning. This promotion appeals to those who don’t have a lot of money to spin and need to be convinced by the online offer first.

Three weeks to claim your prize

The other option is to cash in on the WELCOME100 promotional codes and deposit the maximum amount of €50, to have it matched by 100%. While the investment is slightly higher, the idea of starting with a three digit amount from the beginning, is equally appealing. Regardless of their choice, players will get to choose between dozens of sports and hundreds of leagues, with the bookmaker covering both prominent competitions and more obscure games.

Everyone who signs up before the end of the year, is eligible for this promotion as long as they deposit the minimum account and introduce the correct bonus code. Before cashing out, players are supposed to meet certain wagering requirements, which consist of six times the combined amount of the deposit and bonus. They will have exactly 3 weeks to meet the rollover, but if they fail to do so, they won’t lose the entire amount, instead a fee up to 8% will be charged on withdrawals.

Bet on high odds and hope for the best

There are plenty of sports to choose from when trying to meet the wagering requirements, but there are some exceptions, such as the Asian handicap and under/over markets. These are commonly referred to as ineligible bet types and attempting to clear the bonus in this manner will result in the forfeit of the entire amount.

Players should also keep in mind that minimum acceptable odds are of 1.80 and any games that are postponed or canceled don’t count. In the same category of voided bets are all those events that for one reason or the other have the stakes reimbursed and none of them count towards clearing the bonus