Wager careless with this €50 sports bonus 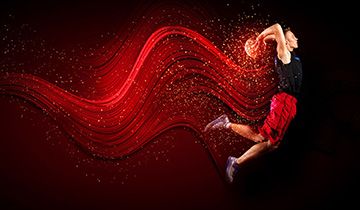 There is no such thing as a free meal in the world of online gambling, but every now and then players receive freebies in exchange of their commitment or trust. Betway knows how to reward loyalty but also how to attract new customers to its already popular gambling ring. The first step is the welcome bonus, which has the first deposit doubled up to a maximum of €50 or currency equivalent.

The best case scenario is to start with €100 from the very beginning, out of which half represents the deposit made by the player and the other half is awarded as a free bet. This offer is available to customers who reside in several European countries, including Austria, Finland, Germany, Ireland, Liechtenstein, Luxembourg, Norway, Portugal, Sweden, Switzerland and United Kingdom.

Twice as good as it looks

Being eligible for the Betway bonus is important but only represents half of the deal, because players will also need to redeem it by claiming the amount within seven days after setting up a real money account. The next step is to deposit at least €10 or currency equivalent and do it by using one of the accepted payment methods. The good news is that all debit and credit cards qualify, as well as PayPal, so the options are numerous and there are no unnecessary restrictions to worry about.

The maximum free bet consists of €50 and each customer is eligible for a single bonus, so don’t attempt to open numerous accounts, because this will only lead to the forfeit of the bonus. Activating the amount is extremely easy, because players only need to wager the first deposit once and they will receive the amount that is rightfully theirs. When it comes to the odds, players should focus on odds exceeding 1.75 if they plan on betting on single bet or 1.40 if they intend to rely on accumulators.

This is pretty much it and from this point onward players will decide for themselves what odds they will be wagering on. The decision is greatly simplified by the fact that the free bet has the particularity of only awarding the players the profits they make, while the stakes are subtracted. After the first deposit has been made in the real money account, players have exactly one week to use it and after the deadline has passed, the bonus will be forfeited.