Players from your Country can't register at Twin

There are no bonuses available from this site

See other sites for players from your Country!

Twin Casino is one of the latest gambling operators to enter the highly competitive European online industry. Established in 2018 they operate under a gaming license that is valid across the EU, as it was issued by the MGA.

The Malta Gaming Authority is a regulatory body that is highly appreciated by casino players and lawmakers alike, for holding operators to the highest standards. The casino offers welcome bonuses to new players, has promotions for active members and a fully-fledged VIP program.

Twin Casino bonuses are offered to players who sign up for an account and make the first deposit of €10 or currency equivalent. They are motivated to go for 10 times this amount, since the casino will double the first and second deposit up to €100. The 100% welcome bonus is unlocked by making consecutive deposits and players are also awarded two identical bundles of free spins. They will receive 50 bonus rounds when they make the first deposit and 50 more when loading the account for the second time.

These free spins can only be used to play Starstruck and just like the bonus, players have precisely 30 days to meet the wagering requirements. It is also necessary that players activate the free spins on the bonus list to have them credited and available for use. Players who have active bonuses can’t sign up for other promotions, so the top priority should be to clear the welcome bonus and the free spins.

The Twin casino sign up process has been streamlined to facilitate the mission of those willing to join this online casino. There are only two steps to complete and very little information is required from new members. They need to choose an email, enter their first and last name, a valid phone number and a strong password before clicking the box confirming their willingness to respect the terms and conditions.

During the later stages, they can choose a payment method and the currency of choice and they can upload the documents needed to verify their identity. The casino will eventually ask for these papers, but this step only comes into play when players make the first request for a withdrawal.

Twin casino games are surprisingly numerous for a gambling operator that was only established in 2018. There is an explanation for why this happens and it has to do with the long list of software developers featured. NetEnt, Microgaming, Play’n Go, Yggdrasil, Greentube, Thunderkick, Just For The Win, Push Gaming, Pragmatic Play and Evolution Gaming provide their best games. The latter is specialized in live table games, while the rest provide a mix of slots, video pokers, scratch cards and lottery inspired titles.

Twin Casino has an exciting lineup of card games, with several casino poker games such as Caribbean stud, Casino Hold ‘Em, Cyberstud, Red Dog, Three card poker, Texas hold‘em and Triple Pocket hold‘em, to name but a few. Players can also try their luck with video pokers such as Deuces Wild, Aces & Eights, Aces & Faces, Joker Poker, Bonus Deuces Wild, Bonus Poker Deluxe, Louisiana Double, Tens or Better and Jacks or Better. These are the casino games with the highest return on investment, therefore the most exciting for those who want to maximize their profits.

Table games also come in different flavors, with European, French and American roulette being available in both RNG and live format. Blackjack fans won’t be disappointed by their options either, as they can sit down at Atlantic City blackjack, Premium Multi-hand BJ, Gold Series blackjack, Vegas Strip blackjack, Common Draw blackjack, Spanish blackjack and Super Fun 21 tables. They also have the alternative of playing baccarat, craps and other games that are popular in both online and land-based casinos.

Twin Casino slots leave nothing to be desired and with hundreds of games on the list, players will have plenty of options at their disposal. Hugo 2, Twin Spin, Gonzo’s Quest, Starburst, Immortal Romance, Grim Muerto, Guns n’ Roses, Irish Eyes, Dead or Alive, Fire Joker and many other games are featured. Among them, players will find more than a few progressive jackpot slots such as Mega Moolah, Planet of the Apes, Spinions, Beach Party and Major Millions, supplied by top developers.

The two words that best describe the Twin Casino website are: vibrant and colorful. The website was created with a clear intention to appeal to those who cherish cool visuals and the designers did a great job.

The available games enjoy plenty of screen time, so players can get an accurate idea about what they are all about by simply taking a glance at the screen. At the same time, they don’t get lost in details and can easily find the game be interested in by using one of the many useful search filters.

Twin Casino customer support can be reached via live chat and email, with the average response time on instant messaging being less than one minute.

This is the fastest channel of communication available here and it renders the need of writing a long email virtually unnecessary.

It is a bit surprising that they don’t offer phone support, with no number listed on the website and no way of talking directly to a specialist.

Other Promotions and Offers at Twin Casino 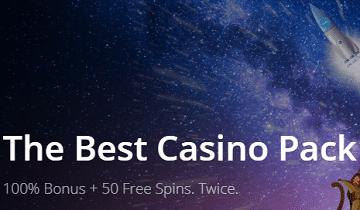 Our Twin Casino review doesn’t focus exclusively on the welcome bonus and also pays attention to the ongoing promotions. A shining example of such a recurrent campaign is the race of the week, which starts on Monday and concludes on Thursday. Participating players will race for a chance to top the leaderboard to win a share of the guaranteed prize pool of €1000.

In order to prevail, one would have to focus on the Tractor Beam, Fat Rabbit, Big Bad Wolf, The Great Chicken Escape slots, which are the eligible games. In addition to the cash prize, members who play at least 50 bets with an amount of €0.30 per spin can also win some of the 300 free spins.

The Pick N spin promotion is another cool Twin Casino offer for players who choose to reload their account. A deposit of €20 will lead to 40 free spins for the Wild Tome of the Woods slot, while those who invest twice as much will receive 80 free spins. These two offers are not mutually exclusive, so punters who make back-to-back deposits can unlock the entire bundle of 120 free spins.

Last but definitely not least, the Twin Races promotion is actually a mix of tournaments that pit players against each other for a chance to win cash prizes and free spins. Participating players collect points by multiplier or best score and those who finish at the top get the lion’s share. All the points accumulated throughout the race count, so those who are active and play on a daily basis will ultimately be rewarded.

The Twin Loyalty Program is the most persistent promotion at this casino, as players keep earning points throughout their activity. It is easy to check the loyalty meter in the top right corner of the website to see how close players are to leveling up. With each step made in the right direction, they receive better rewards, bigger bonuses and more generous offers. Occasionally, the casino will empower players to accumulate twice as many points through the loyalty boost offers.

Our Twin Casino would be incomplete without a careful analysis of the payment methods and accepted currencies. Players can deposit and wager in AUD, CAD, EUR, GBP, NOK, NZD, SEK and USD and choose from a long list of payment methods. EcoPayz, Neteller, Paysafe Card, paysafecard, Siru, Skrill, Sofortuberwaisung, Trustly (Trustly betting sites being very popular among bettors you should definitely use it at online casinos too), Zimpler, as well as credit and debit cards can be used.

For cash outs, players can rely upon EcoPayz, Neteller, Skrill, Trustly and credit and debit cards from Visa and Mastercard. The average waiting time on withdrawals is 24 hours, with payout limits of $50,000 per week.

Twin Casino has made giant leaps forward since it was founded in 2018 and we strongly believe that it has a bright future ahead. They have all the games that casual and veteran players could possibly hope for and promotions that are likely to meet the expectations of both.

The withdrawal limits are high enough to accommodate highrollers, while members are eligible for bonuses even if they make a tiny deposit. We were particularly impressed with the loyalty program and the quality and frequency of their promotions.