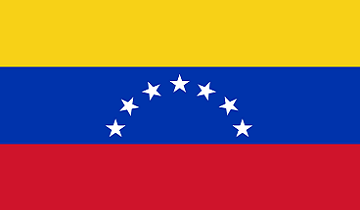 Venezuela is a South American country that is situated on the Atlantic Ocean and shares borders with Colombia, Brazil, and Guyana.

The Venezuelan economy is driven mainly by the petroleum industry and manufacturing but economic problems, rampant corruption, and crime have cause political unrest and rising poverty.

It was reported in 2017 that the population poverty rate was between 76% and 87%. Many economists believe that the crisis will deepen.

Compared to other Latin American countries, the Venezuelan gambling market is relatively small.

For example, Argentina saw about $3.5 billion in casino gaming revenues in 2015 while Chile’s revenues hovered around $765 million and Colombia’s casino gambling revenues were approximately $601 million, but for more you can read our article about Colombia gambling sites and law.

Venezuelan casino gambling revenues were pegged at a paltry $4 million. Of course, there are a number of factors in play such as the number of casinos.

Argentina boasts 79 casinos, Chile has 15, and Colombia has 19. There are just 5 casinos operating in Venezuela.

It can still be reasonably assumed that rampant poverty in Venezuela has a profound effect on the gambling industry.

Despite all of the doom and gloom, gambling in Venezuela is alive and well although it is quite limited and tightly controlled.

Among these limitations, land-based casinos must be situated in designated tourist areas and placed in 5-star hotels that contain at least 200 rooms.

There are also heavy taxes and fees placed on operators which make running a gambling establishment a difficult proposition.

What are the Best Gambling Sites and Promotions for Venezuela?

Venezuelan online casino fans have access to many of the world’s most respected gaming sites and they are also eligible to collect a great number of valuable bonuses. It’s easy to claim €50 in casino betting bonuses at BetAtHome and industry leaders Unibet and Expekt both offer €100 welcome bonuses to Venezuelans.

William Hill and Bwin are among the most respected international gambling companies on the planet and they both have up to €200 waiting for Venezuelan online casino enthusiasts to claim. People love the wide range of games and the €300 welcome bonus that Paddy Power offers and many Venezuelan online gamblers are cashing in on the whopping €500 in casino betting bonuses at Ladbrokes.

There are loads of easy to claim bonuses that are being offered to Venezuelan online gambling enthusiasts. Check out the promotions section at Gamblingjudge.com to claim one for yourself today and get in on the action.

How Regulated is the Venezuelan Gambling Market?

The only legal land-based sports betting outlets are located in casinos. There are also several lotteries that are all licensed and operated under the supervision of the Comisión Nacional de Lotería.

Is Gambling Legal in Venezuela? What is the Legal Age?

Most forms of wagering in this South American country are legal, licensed, and regulated. Horse racing, lotteries, and casinos are overseen by different regulatory bodies.  There are no online gambling sites based in Venezuela but residents are free to play online at foreign gaming sites. The legal gambling age is 18 here.

Winnings derived from gambling in Venezuela are subject to 34% withholding tax except for horse racing and lottery winnings which are taxed at a rate of 16%.

What Currencies and Payment Methods do Venezuelan Players Generally Use?

The official currency of Venezuela is the Bolivar and it is accepted throughout the country, but here you can also use the Mexican peso. Those who are looking to make a financial transaction with an online gaming site have many easy payment options. Major credit cards, debit cards, and prepaid cards are among the most commonly used and widely accepted methods.

EWallets such as Skrill, Neteller, and WebMoney are also frequently used. Check with your favorite online gaming site or with Gamblingjudge.com to find out what the easiest option is for you.