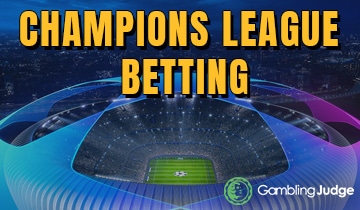 This article covers the ins and outs of the competition, its history, the teams, the works. Learn how the competition is run, the types of bets available, and where you can play, with our cracking in-depth guide to the most vibrant club competition in world football. We’ll get to Champions League betting sites shortly, but first let us begin by looking at what sports betting on the Champions League entails.

Betting on the UEFA Champions League – Our Guide

A History Lesson and a Bit of Background on the UCL

The UEFA Champions League is the top continental competition for football clubs in Europe. It took its current form in 1992, but the tournament has roots stretching back to 1955. Twenty-two different teams have won the competition since its inaugural season.

Let’s take a rapid look at the history of the competition.

In 2000, the tournament gained a second group stage, as more teams joined in the fun. This would be removed from the 2003/2004 season, with group winners and runners-up progressing directly to knock-out phases. The competition isn’t much different today. F.C. Barcelona and Real Madrid have both had long periods of success in modern times.

There have been many cracking matches over the years. Most of the best have come from the recent incarnation of the competition, under its Champions League branding. Many people rank the following games as their Champions League favourites:

Champions League betting can take place in any round of the competition, and there are few of those to get through. With hindsight, we can see that it is only once the Group Stage begins, though, that Champions League predictions betting starts to mirror real life.

How The Champions League Works: Team Entry and Coefficients

The number of teams that compete from any one country in the Champions League is determined by UEFA coefficients. These footy “rankings” are determined by the success of each nation’s teams over previous competitions.

England, Spain, Germany and Italy generally provide more teams for the Champions League than France (as have been more successful), and France has more teams in the competition than say, Turkey, Belgium, or the Netherlands.

The most successful teams in those national leagues will automatically enter the Group Stage, while less successful teams will enter the qualifying round. Notably, the coefficients of smaller football powers such as Sweden, Romania, Norway and Scotland are so low, than even most of their league winners are forced into qualifiers at the expense of more significant, “non-champions” such as Liverpool, who go straight to the Group Stage.

Thirty-two spots are available in the Champions League Group Stage. Many of these are automatically filled by teams from nations with the highest coefficients, as mentioned. Champions from football associations ranked 52-55, and then 18-51 take part in Preliminary and First Qualifying Round matches. However, there are two other routes to get into the Group Stage and make up the final spots.

There are two paths a team can take in the Second and Third Qualifying Rounds. The first (Champions Path) is open to 20 European league champions from nations with lower coefficients, such as Sweden, Romania, Wales, Iceland(check here our Iceland betting sites), and the 17 league winners from the previous round.

The second path (League Path) is open to high-ranking teams more commonly ranked second to fourth in their domestic league, again based on coefficients. These two paths both involve knock-out rounds.

Once all 32 Group Stage teams have been decided, they are drawn into four pots, based on their club coefficients/ranking. Those are based on the previous success over recent Champions League competitions. The top pot is full of seeds (the best teams), and they are drawn into each group first. A team is then added from each pot to a group, making up eight groups of four teams. Teams from the same football nation cannot be drawn into the same group.

Each team plays the others twice (at home and away). The winners and runners-up of each group advance to the Round of 16. The third-placed team is relegated down into the Europa League. You can find out more about that competition in our guide to Europa League betting. What about the fourth-placed team? The team that finishes plum last sees their European campaign end for good.

The knockout rounds begin after the group stage and are played over two legs (apart from the final). If aggregate scores don’t yield a winner, away goals come into play. Basically, if the aggregate score is even, the team which scored the most goals away from home progresses. Should no winner be determined, an additional thirty minutes (consisting of two halves of 15 minutes) is played, known as Extra-Time. If the scores remain equal at its conclusion, a penalty shoot-out will determine the winner, so consider betting on penalties. For many types of bets, like the win both halves or BTTS both halves bets for example, the extra time does not count.

Round of 16: This is where Champions League soccer betting becomes a bit more complicated, as theoretically (barring shock results) only the big teams are likely to remain. The winners of the group in the Group Stage will be drawn (at random) against a runner-up from another group. It is, therefore, an advantage for a team to win their group. The teams will face-off at home and away, with the team with the highest aggregate score over two legs advancing to the Quarterfinals.

Quarterfinals: The Quarterfinals can see two teams from the same country play each other for the first time. Seeding goes out of the window for this round, with the draw truly random. Again, aggregate scores, away goals, extra-time and then a penalty shoot-out are used to determine the semi-finalists.

Semi-Finals: The winners of the four quarterfinals meet in a two-legged Semi-Final. Once more, the winning criteria remain the same, with both successful teams in the semi-finals meeting in the UEFA Champions League final.

Final: The Champions League Final takes between the two semi-final winners. The venue it is held at differs every year (well, almost every year). Champions League Final betting odds tend to be close, as it is often the case that the two finalists are evenly matched. Unlike the previous rounds, there is no aggregate score, or away goals rule in the final. Champions League final betting offers often go right to the end. Extra-time will be played in the event of a tie, and if that still doesn’t produce a winner, a penalty shootout will.

Having a Punt on the UEFA Champions League

Many of the internet’s leading bookies offer UEFA Champions League betting on live matches. Some even go as far as streaming the games on their sportsbooks. One of the perks to live betting is that you can watch the action unfold and bet accordingly.

You can bet after the footy game has started, and in some cases, you can even cash out before the final whistle. This is particularly handy if your team looks like they may be about to lose their lead. Doing so will often see your winnings drop in value, though. Not all bookies offer early cash out options for live bets. And early payout promotions are only available for pre-match bets.

As well as providing live streaming, most of the best bookies will also serve up mobile apps. The best betting apps for Champions League wagers will provide you with a variety of ways to bet on the go, which makes them perfect for having a punt when you’re down the pub with the lads and lasses.

Top Tips for Betting on the Champions League

If you’re still a bit hazy on some aspects of the Champions League, let’s see if we can help you with our UCL-based FAQ guide.

The competition’s Preliminary Rounds usually kick-off in June. The Group Stage begins in October and is wrapped up by Christmas. The Knock-Out Phase starts in the New Year, with the final almost always played in May.

Yes, and we’d advise you to do so. By playing at several bookies, you can compare UEFA Champions League betting tips and predictions, thus giving you a good overview of the best odds.

That depends on the game. Underdogs have won the Champions League in its earlier years(like José Mourinho’s Porto in 2004). Your best shot at betting with underdogs, though is in Group Stage games, particularly when a minnow is playing a big team which has already qualified for the next round.