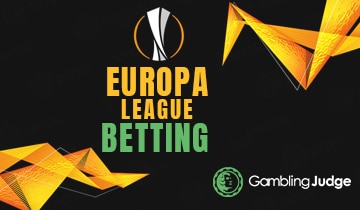 It may be the second European football competition after the Champions League, but Europa League betting is a major market for fans of sports wagers.

Because of the calibre of teams which enter the competition (they are often so evenly matched) players can find some great UEFA Europa League winner betting odds.

If you’re a keen and avid football fan, our Champions League and Europa League betting tips and guides are for you.

Throughout this Europa League betting preview, we will look at the rules of the competition.

We will also look at memorable matches and discuss a few of the betting options you have open to you.

Get Ready to Bet on the UEFA Europa League

What is the Europa League?

The UEFA Europa League has been around since 1971, and it has undergone many changes in format since it first went launched. If you’re going to be betting on the competition, it won’t hurt to have a bit of knowledge about the tournament itself.

Since it first appeared in 1971, the UEFA Cup/UEFA Europa League has seen many memorable games. Surprise results are the norm in the competition, and here are a few of the most iconic Europa League games to ever have been played.

Explained – The Structure of the Europa League

The original competition used to consist of a straight knock-out format, with two-legs played in each round. However, the tournament has since changed to include a group stage. There is also quite a long route to take for minnows before they get to the group stage.

If you are to understand Europa League fixtures and betting odds, you need to know this format. This is how the competition, and thus, the Europa League betting rules work.

The first matches in the competition begin in June, with the Preliminary Qualifying Round. A total of 14 teams compete at this stage, consisting of the domestic cup winners of the 52nd to 55th ranked associations, and the teams who finished third in associations ranked 48th to 51st.

Football predictions in the Europa League are very hard to call at this stage, as all the teams are so evenly matched. The seven winners advance to the First Qualifying Round.

At this stage, a total of 94 teams compete. The seven Preliminary Qualifying Round winners join the domestic cup winners of the 26th to 51st ranked associations, as well as “league” cup winners from the 18th to 48th associations, and the third-placed teams from the nations ranked from 16th to 47th.

Similarly, the 37 winners of the Europa League Second Qualifying Round (League Route) enter the third qualifier stage. They are joined from two teams from the Champions League Second Qualifying Round (League Route), the domestic cup winners of 13th to 18th ranked associations, the third-placed teams from associations ranked 7th to 12th and the fourth-placed teams in the sixth-ranked nation.

A total of 48 teams are divided up into 12 groups of 4 teams for this round. Twenty-one of those will be from the Europa League qualifiers. Six losing teams from Champions Route and two teams from the League Route of the Champions League Playoff Round will join them.

So, too, will the two losing teams from the League Route of the Champions League Third Qualifying Round, the winners of domestic cups in the first to twelfth ranked associations, the fourth-placed team of the fifth-ranked association, and the fifth-place teams from nations ranked first to fourth (according to the coefficients).

Europa League predictions are marginally more straightforward in the Group Stage, as there will be a mix of David and Goliath teams in each group. Teams play each in their group twice (at home and away). The top two footy teams in each group advance to the Round of 32.

UEFA Europa League betting tips and predictions are still easier to call at this point. Teams play two legs, with aggregate scores, away goals, extra-time and then penalties being used to decide a winner. So UEFA Europa League matches go well with betting on penalties.

Round of 16, Quarterfinals, Semi-Finals

All teams are drawn into one pot for this round, with no seeds. It is a straight knockout competition played over two-legs, with the same criteria applied to matches at each stage. This is the process for the Round of 16, and then the Quarterfinals.

The winners of the two Semi-Final games meet in the Europa League Final. UEFA Europa League betting tips and predictions become tougher now, as many of the remaining sides are once again evenly matched.

The footy final is played at a different stadium each year. The Europa League Final odds may be easier or difficult to call then the semi-finals, depending on the two finalists. There is no aggregate score, or away goals rule in this match. In the event of a draw, extra-time and then penalties will determine the winner.

How to Bet on the UEFA Europa League

Our Europa League betting preview will now turn towards gambling options. Most bookies offer the same types of wagers, so let’s look at the UEFA Europa League best bets you can find at a wide range of online sportsbooks. They include:

When you decide to engage in a spot of live Europa League betting, there are a few things you should consider. Some live games can be placed via mobile apps. Some bookies also provide live coverage of games. If you’ve got a bet on, watching it unfold in real-time via a video stream is handy, as you can keep tabs on the action for yourself.

A handful of bookies may also provide players with a chance to cash-out early. If they do so, players won’t be taking home the full amount of their winnings, but it is better to cash-out early and lose “some” of your winnings, than wait for the opposition to score and force you to lose the lot. Pay attention, as early cash out is not to be confused with early payout. With the early payout you get your winnings paid in full if the team you backed is ahead by a specified number of goals or points. These and other Europa League live betting tips can come in handy when wagering.

Our Europa League betting guide is almost at its ends. You will no doubt have learned a fair bit from our Best Europa League Betting tips guide. However, before you start betting, it is worth checking out our FAQ and sportsbook recommendations.

Almost certainly. While the UEL is not as popular as the Champions League, there are so many betting options available that bookies would be foolish not to.

Yes. While the Champions League tends to throw up the same quarter-finals year in, year out, the Europa League is quite different. This can see some truly epic odds come your way if you bet early on.

There are plenty of UEFA Europa League betting tips and predictions to be found online if you know where to look. Some bookies even have a few of their own. Failing that, newspapers or tipster sites are ideal places to look.

Yes, and if you fancy having a pop on lots of Europa League games, we’d strongly advise you take advantage of them.

They include the most popular betting sites for Europa League action, as well as top domains with leading betting offers on Europa League games, such as Europa League free bet deals. Check out our array of top bookies to find your ideal place to play.

The tournament doesn’t run all year long and ends in May. You’d better get your skates on then if you intend on betting on the Europa League. Find a bookie and remember the advice from our Europa League match betting tips guide and you’re good to go.