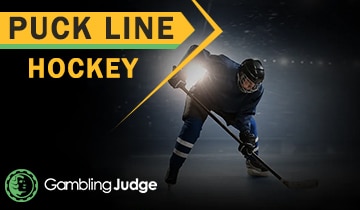 Hockey, as a sport, doesn’t need any formal introduction. It is a popular sport in many countries around the world, and has a range of variations, such as ice hockey, rink hockey, and field hockey.

The basic rules, however, are more or less the same. A hockey match is played between two teams, where each team tries to control a ball or puck and send it into the opposite team’s net to score a goal. The team that scores the most goals in a match wins.

Wondering what does puck line mean in ice hockey? In countries where hockey is popular, betting on this sport is also equally popular.

There are different types and styles of betting in hockey, among which the puck line hockey betting is common among enthusiasts.

We will find answers to all these questions here in this article.

What is Puck Line in Ice Hockey?

Understanding the puck line is very simple. When two teams play a match, people bet a certain amount of money, also called a wager, on the team that they think will win. If their prediction is correct and their team wins, they get back their wager amount along with some profits or earnings. When their prediction is incorrect, they lose the wager amount.

People who are new to the world of puck line sports betting often find it difficult to grasp the concept of how things work. The best way to understand puck line meaning, or sports betting in general, is to know about money line betting first.

A money line bet is the simplest form of sports betting because it’s just a bet on which team wins and which loses. But it is not an even bet, meaning that you won’t win the same amount of money by betting on either team.

Usually, teams that have dominated the sport for a long time, have higher rated players, are a stronger team on paper, or are doing well in recent matches will be considered as favorites.

If the odds were even, meaning you get the same profit for betting on any team, then almost everyone will bet on the favored team. And there is more probability that the favored team will indeed win the match. When that happens, the betting company that has to pay out the people will be the ultimate loser.

To avoid such a monotonous betting puck line, and to create some balance, betting companies set uneven odds. So betting on the favored team wins you less money, while betting on the underdogs can win you a larger amount.

Let’s take an example. Below, we have two teams – Team A, who are the favorites, and team B, the underdogs. The number on the side of both teams is their betting odds.

How to bet puck line hockey? The money line betting is quite straightforward. To make things more exciting, a point spread betting system is used.

Here’s how the puck line works:

1. A certain number is chosen as a point spread. This number is deducted from the favored team OR added to the underdogs after the match ends, and is also called a ‘handicap.’

2. After the puck line handicap is deducted from the favored team’s score, the team that has the higher score will win the bet.

For example, let’s say team A is the favorites, team B the underdogs, and the handicap/point spread is 5.

It is important to mention here that run line meaning is exactly the same as the spread betting.

Does the puck have to cross the line? Let’s see.

After deducting 5 points from the favorites, the score is 15-12. Team A still wins, and so do the people who bet on them.

After adjusting the point spread, the score will now be 10 – 12. So even though team A won the match, the winning bet will be in favor of team B.

This is the basic working of point spread betting. You can also take the help of puck line calculator for better understanding.

The betting hockey puck line is a point spread version in hockey. The puck line hockey betting process is almost similar. Here, the number 1.5, known as the puck line handicap, acts as a standard point spread/handicap. Meaning that after a hockey match ends, either 1.5 is subtracted from the favored team’s goals OR added to the underdogs’ goals.

Here’s an example of how it works:

The number -1.5 represents the favored team, and +1.5 is for the underdogs.

After adjusting the puck line, the score will become 3.5 – 4. Even though team A won the match, the winning bet will be on team B.

Some of you may wonder why a number like 1.5 was chosen as the puck line. What this does is avoid the bet from tying between two teams. In the Asian puck line as well as point spread betting, the handicap is never taken as a whole number.

If we take a whole number like 4 as the handicap, then it means the favored team must win by a difference of more than 4 points. But if they win with an exact margin of 4, the bet will be a draw between both teams. To avoid such a scenario, the puck line is taken as 1.5. If the favored team wins with a goal difference of 2, they become the winning bet. If they win with a 1 goal difference, the bet on them is lost.

You can also take the help of formulas to calculate goal projections using puck line.

The main issue with money line betting is that it’s not very exciting. It gives a person two simple options:

Play safe and bet on the favored team. Risk is low, so is the reward.
OR
Bet on the underdogs. There’s a high risk of losing your money, but a higher reward too.

On the other hand, the puck line betting makes things a bit more entertaining. Now people will not just predict who wins and who loses. They will also have to consider if the team they want to bet on can win with a certain margin or not. And it even motivates people to be for the underdogs because they can still win the bet even if the underdogs lose the match, but only by a small margin. There are more factors to consider, which makes the puck line betting quite interesting.

This was all about money line vs puck line.

Variations of Betting the Puck Line in Hockey

There are some variations within the puck line in hockey betting system too. These are the types of betting that follow the same concept but make a few changes. The most popular variants are reverse puck line and 3-way puck line betting.

• What is reverse puck line betting?

What is reverse puck line? In this type of betting, the NHL puck line is reversed. What this means is that the puck line of 1.5 is actually subtracted from the underdogs, or added to the favored team.

For the underdogs to be the winning bet, they must not only beat the favorites but do so by 2 or more goal difference.

For the favorites to be the winning bet, they must avoid losing by a goal difference of two or more or win the match.

Since the NHL first period odds of underdogs winning by a bigger score is very low, so the rewards for reverse puck line bets on the underdogs are extremely high.

A 3-way hockey puck line hand is like a normal puck line bet in every way except that there’s an option to bet on the match to draw. You can bet on the favored team to win by +2 goal difference (read over 2.5 goals or under 2.5 goals articles), or the underdogs to either win or lose by only 1 goal, or for the match to tie.

Does Overtime Gameplay in Hockey affect the Puck line bets?

The goals scored during the overtime in a match will still fall under the puck line rules for a bet. But if a game does go the overtime, the underdogs will become the winning bet automatically.

As per the rules of hockey, when a match is tied in normal time, it goes to overtime. The team that scores the first goal in overtime wins the match. If the favorites score and win, they still lose the bet as they can only score one goal in overtime. So the condition of 2 or more goal difference is not fulfilled.

So no matter what may happen in the overtime, the winning bet goes to the underdogs anyway.

How do you get better at puck line in betting and increase your chance of winning? Well, it all boils down to one thing – how well can you predict the outcome of a match.
It’s not just a guessing game. Instead, it involves some amount of observation, analysis, and calculation. So if you want to get better at placing puck line bets, you need to follow three steps.

All these factors will help you get a better understanding of which team has better chances of winning. It’s not just about one team being stronger than the other on paper.

For example, if the one or more star players of a favored team are absent due to injuries, the underdogs will have a better chance to win the game.

Based on all your observations, you have to come to a conclusion.

You must decide which team is more likely to win. Here, the main points to be considered.

If you can identify such factors, you have a better chance of making a correct puck line bet.

The main reason that people bet on sports is to make some earning. So it’s important that you know exactly how much you will be winning when you place a certain wager. If you’re not good with calculations, then it’s nothing to worry about.

Most puck line betting sites also provide a betting calculator that will calculate your winnings based on the hockey puck line odds and your wager.

This phrase is used when one team is favored over another.

There are various kinds of hockey betting like a money line, over under puck line, regulation time, fast spread, and so on.

These betting lines are the ones that differ from the puck line, regular money line and total.

A final recap of the Puck Line Hockey Betting

So to summarize the puck line gambling in a few words, it’s a type of point spread betting system. The bets are placed on two teams – the favorites who are likely to win, and the underdogs who are expected to lose.

All bets on the favored team will win if the team wins the match with a surplus of 2 or more goals. But if the underdogs lose with less than 2 goal difference, or even win the match, all bets placed on them will win.

The entire task is to analyze which puck reaches the finish line first? To win, you must make puck line betting strategy accordingly.

Make the best use of puck line betting explained above, and win huge.