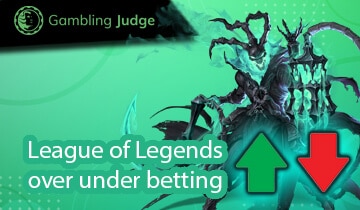 League of Legends is the most popular multiplayer online battle arena game among players and punters alike. The latter appreciate the multiple wagering opportunities, including over-under League of Legends betting markets.

Due to the popularity of this type of wagering, we have created an entire guide that explains how this form of LoL esports bet works. Keep reading to see how you can use it on the most popular leagues for LCS betting and LCK betting among others.

What is over under League of Legends betting?

One of the main reasons why over-under LoL betting is so popular is its sheer simplicity. It applies to major deviations such as LEC betting or LPL betting, as well as less prominent ones. These can be used for both individual matches and series because the game totals are quite flexible. For example, you can focus on League of Legends live betting on the total number of kills recorded in a match. At the same time, you can use it for over-under in League of Legends betting for the total number of matches in a series. This is particularly useful when betting on lopsided matches, between strong and weak teams.

What kind of over under bets are there in LoL?

As mentioned above, simplicity and flexibility are the qualities of over-under League of Legends betting. We are briefly going to discuss the mainstream and League of Legends special bets where the over-under betting strategy can be applied. These are the three most common options, but the system is the same for FIFA, Hearthstone, Overwatch Betting and Rocket League Betting. This means that once you master the art of under and over betting you can use it on all the popular esports.

Total number of kills – this is the most straightforward bet at League of Legends betting sites. You don’t have to pick the winners, just the total number of kills scored in a match. This usually ranges from 20.5 for leagues such as LCK to as much as 30.5 in high-scoring LPL games.

Special in-game objectives – some of the most exciting over under betting tips are on the special markets. You can bet on the total number of towers and inhibitors destroyed in a game, or the total number of dragons and Baron killed. These also differ slightly from league to league.

Other Esports recommended by Gambling Judge 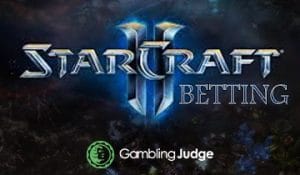 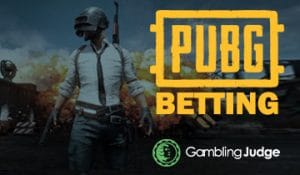 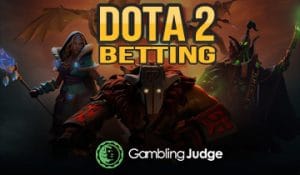 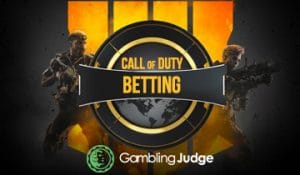 How to make accurate over under predictions? To make money 🤑

Once you understand what betting the under and over market stand for and master the over under betting and rules, you can place the first bets. You can find such wagers on all the top eSports betting UK operators, such as eSports Betting at Betworld and Esports Cbet. In order to be successful in this quest, you need to use the proper betting strategy and whenever possible, esport betting with valuable tips.

First of all, you need to understand the nature of the league you are betting on. This applies to all League of Legends bets, as some divisions feature more aggressive teams, while others rely more on strategy. The second thing to focus on is the teams you plan on betting since the style of play matters a lot. Aggressive teams can lead to a higher number of kills and are more likely to cause or suffer upsets. Whenever you get your hands on over/under tips you should use them, but get the information through your own filters.

What is a good over under LoL betting strategy? ⚔️

Understanding over under betting is the first and most important step to be successful. As mentioned above, LoL esports betting can be put to good use if they are of good quality. However, these are some of the things that we believe will help you be more successful when you bet on esports League of Legends.

Map totals – in lopsided series, League of Legends spread betting is better than over/under betting. You get better odds on the favorite to win 2-0 than the under 2.5 maps to be scored and underdogs almost never win 2-0. The opposite is true for evenly matched teams when you get better odds for the under 2.5 markets and League of Legends handicap betting. Two game sweeps are quite frequent between top teams because the first map winners have momentum.

Kill totals – LCK usually has fewer kills scored and LPL, LEC, and LCS more, but the betting lines also differ. It’s more important to analyze individual teams and the head-to-head results. Our inside League of Legends betting tips, are to bet on the under in the first match and over in the second. This works when you bet on League of Legends games played in a best-of-three series.

In game objectives – League of Legends betting sites offer markets on dragons, towers, barons, and inhibitors. When aggressive teams play, games are usually shorter because those who take an early usually snowball it. This leads to a higher number of kills but the special in-game objectives are susceptible for under bets. Conversely, when you bet on strategy-intensive LCK games, over-betting on League of Legends objectives such as dragons, towers, and barons is advisable.

Other types of bets recommended by GJ:

Risk Free and No Lose Ofeers

Up and Down Bet

Over under in League of Legends: 5 easy betting steps

Step 1
Choose a major LoL division with abundant information.
Step 2
Analyze the overall and recent performance of teams.
Step 3
Look at the head to head results for the market of interest.
Step 4
Use comparison sites such as Oracle’s elixir to compare numbers.
Step 5
Open accounts at several bookies to enjoy better odds and place the bet.

How do totals LoL betting work on Bo1 matches?

Now that you know the LoL bet meaning for over and under markets, you can focus on the specifics. In best of one matches, you need to focus on either kills or in game objectives. If you choose League of Legends gambling on the total number of kills, you have an easy mission. At the end of the match when the nexus is destroyed, the kills scored by both teams are compounded. If you made the right prediction you will be paid accordingly and the bets are automatically settled.

League of Legends esports betting for in-game objectives can be more challenging but also more exciting. Once again, you don’t need to keep track of what’s happening if you wager on dragons and barons killed or inhibitors and towers destroyed. The advantage of watching the games as they unfold is that you can also place live bets. Sadly, you can’t do over under LoL betting in real-time, not even at League of Legends Bitcoin betting specialists. These markets are only available pregame so you must act quickly.

Individual and team totals for kills 🐉 🔥

If you just learn how to bet on League of Legends it is better to focus on mainstream markets. Assuming you choose a division where series are played in a best of one, you have to focus on the total kills. The good news is that you have three options for over under League of Legends betting. On one hand, you can bet on the total number of kills so at the end of the match all the numbers on the board are added up. More experienced punters can also bet on the team totals, so there are essentially two markets for each game.

You won’t be able to combine them on the same betting slip, but these can help you clear League of Legends betting bonuses faster. The process is the same, but the performance of each team is relevant for this market. Finally, some esports betting League of Legends sites allows players to bet on the total number of kills scored by each pro gamer. This is great for experienced punters who know the game well and are familiar with the play style of each player. The odds also tend to be higher in this case.

PROS and CONS about over-under LOL

FAQ about over-under in LOL

Aggressive teams usually have more kills recorded but fewer in game objectives because of the fast pace.

They can help you make more accurate predictions, but they are no substitutes for thorough research.

These bets are available only pregame and all the markets are removed after the match has started.

Make over under LoL betting profitable

We have reached the end of our over under League of Legends betting and hope that you’ve learned valuable lessons. Try it yourself and focus on top leagues and mainstream markets at the beginning. Do research regarding the teams, the division and recent results as well as past performance. Use specialized websites to collect information whenever possible and exercise bankroll management. Open accounts with several e-sportsbooks to benefit from the best odds and you are likely to succeed.

🔔NOTE: Read more about our Esports treasure last updated on 20 January 2023 to bet like a pro 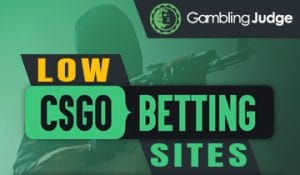 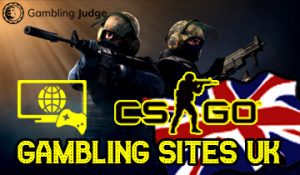 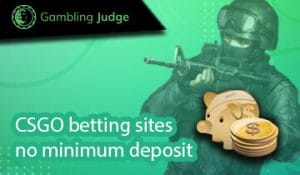 CSGO with no minimum deposit 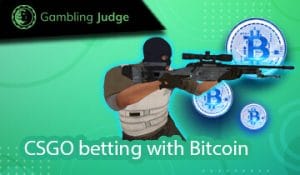 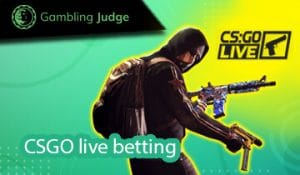 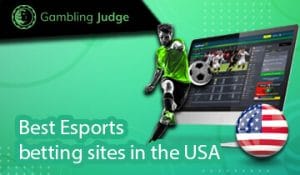