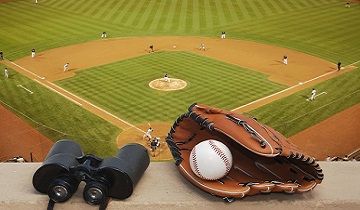 There are some recreational bettors that like to bet on a whim. “Stats schmats!” they say. They aren’t interested in the finer points of gambling.

They just want to pick a play, lay their wagers, and wait for the outcome. Most punters, however, like to get a little more insight into a match up.

They want to know if a team is streaking, historical results, and any other statistic that they can use in order to feel they are getting an edge.

Before the internet age, in-depth statistics were hard to come by. Many sports bettors were forced to pay for subscriptions to various printed statistics publications.

These sheets became quickly outdated. In many cases, the they were already obsolete by the time they arrived. Today, it is much different.

There are so many stats available that it can boggle the mind. They are constantly updated, sortable, and easy to decipher. Punters don’t just have access to team and individual statistics either.

Nowadays sports bettors can follow up-to-the-minute line movements, track odds, and see where the money is going in any event that the sportsbooks are offering odds on.

Most of the reputable betting sites offer their customers betting statistics. Not only that, but many also offer their analysis of the information to help bettors get better insight into a matchup.

Marathonbet, Intertops, and Dhoze all offer various in-depth stats and factoids from which bettors can glean a lot of information. BetVictor and 10Bet have some of the most comprehensive football statistics.

How Bookmaker Stats Work and How to Read Them

Betting stats are one of the many useful tools that sports bettors can use when they are researching a play to wager on. It is important to realize that statistics are just a compilation of data that are a product of past events.

While they can be helpful in determining an expected result, there are many other factors and intangibles that are just as important. Just because the stats point to a certain outcome doesn’t mean that the expected outcome will occur. That is why the games are played. Underdogs frequently win despite all odds.

There are many ways to read into the statistics offered by betting sites with live streaming. Many punters are believers in following the early line movement. They can see that when the odds for, say NFL football games are released, that certain games get a lot of action which causes the spread to move. Some punters will interpret this as a possible weak line.

Punters can also detect reverse line movements where the overwhelming majority of individual bets favor one side but the odds move against it. An example would be a game in which the New York Giants open up as a -165 favorite over the Philadelphia Eagles.

Despite the overwhelming majority of individual bettors backing the Giants, the line moves down to -150. This indicates that the minority of bettors are placing a much larger amount of money on the Eagles. Do you follow the crowd or follow the money?

Some sports bettors will also look at historic results. If the Boston Bruins are -125 favorites, punters might want to see the past results of games in which they were similarly favored. People that follow sports know that sometimes one team just simply has another team’s number.

Betting stats can show team and individual streaks. In baseball, punters can examine umpire statistics. Umpires with smaller strike zones will be prone to be involved in higher scoring games while the umpires with more generous zones will favor the pitchers and fewer runs.

There are many ways to use betting stats. Some hold more meaning than others but they are all helpful. It is important to remember to factor other “non-statistical” elements into your sports handicapping.

Weather, injuries, and suspensions can have an impact. Referees, team travel and many motivational factors such as division rivalries are a few more angles that should be used in conjunction with statistics.

How to See Live Betting Statistics and Why are they Important? 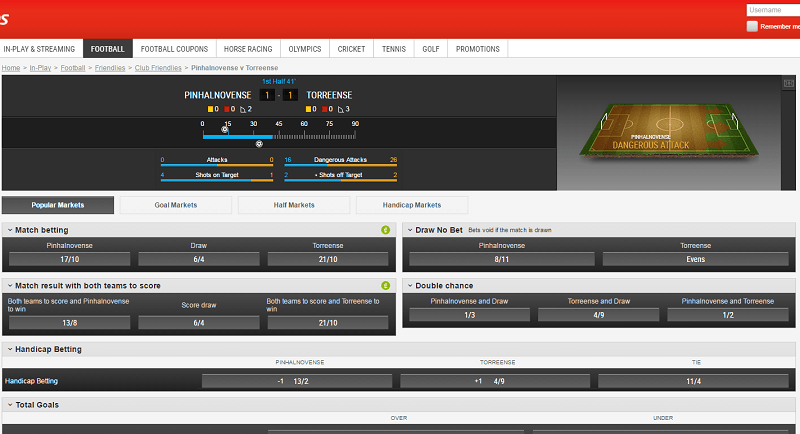 One of the great things about watching live streams through a sportsbook is that the amount of information and statistics are staggering. They are designed not only to inform but to also entice in-play betting action from the viewers. Instead of uninformative color commentary, punters face a barrage of helpful information.

If a punter is unable to watch live streaming action then they can always find one of many bookmakers that show up-to-date in-game stats. They will find helpful information like how many times their team has come back late to win and the percentage chance of it happening in the current game.

These are just as important as the historical stats. It all depends on how they are analyzed, and that is left up to each individual.

How to Bet Based on Statistics

One of the keys to betting using statistics is to look beyond the numbers. Let’s say you are looking at betting on a soccer match between Burnley and Swansea. You see that in the past 10 games that Burnley has scored 23 goals and given up 13 while Swansea has scored 14 times and given up 16.

On the surface, this looks like an easy pick on Burnley. But is it? Maybe Burnley has been playing the bottom feeders and Swansea has been playing the division’s toughest teams. This is why it is important to look beyond the stats. A statistically-driven punter would want to dig a little deeper and find out how strong each team’s schedule has been.

If they discover that Burnley has indeed had a much easier schedule then the goals for and against stats are a bit skewed and not reliable enough to base a selection on. If both teams have had a similar schedule then the stats might be considered more reliable.

The punter would definitely want to look at the results of games that involve common opponents. Previous head-to-head matchup information is very valuable.

Most sports teams will perform better in front of a home crowd. Check the stats. Some individual players seem to dominate against certain teams. Some NFL teams can’t defend against the run. Some baseball teams can’t seem to hit off of certain pitchers.

Some teams play unbelievably well when they are big home underdogs. You can find all sorts of interesting things when you read statistics. Be reminded that the odds-makers have access to the same information and they have more than likely taken those stats into consideration before releasing the odds.